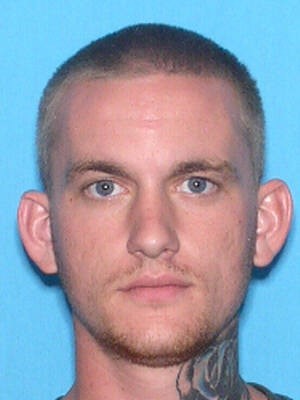 James is described as a white male approximately 5'10" tall, weighing approximately 165 pounds, with blue eyes and blonde hair. He has numerous tattoos including a blue rose on the left side of his neck, praying hands on his inside right forearm, "Renee" on his inside left forearm, a marijuana leaf on his right arm, a red white and blue cross on his left arm, and a neck tattoo of rosary beads and a cross. James also has several scars on the inside of his forearms and one in the middle of his lower back.

Anyone with information about this investigation is urged to contact Detective Jason McPherson at 863-298-6923.

Back to Crime Stoppers